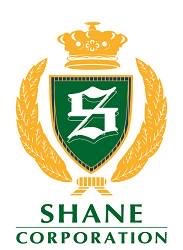 Context, function and form give learners the essential where, why and how of the language (or skill) being taught. A lesson needs all three to make it clear and engaging.

* Context – the where and why of the language situation.

* Function – the intent (or the why) of the language used, its purpose

* Form – the structure of the language

When devising contexts you should consider where the language is being used, by whom and for what purpose. It should be connected to real life and to the learners. A good context clarifies meaning and function and gives learners a reason to communicate and use what is being taught.

A good context also motivates and engages learners by showing them how the language is meaningful to them and allows them to build connections with the language and where and how it can be used. Context establishes a basis for everything in the lesson and makes the lesson flow smoother.

One clear and relevant context needs to be set at the start of every class. Switching contexts during the lesson can make learners confused and result in timing, pacing and understanding issues.

* Be familiar and interesting

* Perform the same function throughout

* Generative i.e. allow for several examples of the same form and function within context.

Contexts can be established in a number of ways:

 Situations simulated in the classroom

 Things/people/actions in the classroom

But above all should be built using the learners’ ideas and knowledge.

What are the important elements of a context?

 Where? The setting: where are the participants?

 Who? The roles of the participants: who are they & what is their relationship to each other & to the setting?

 What? The action: what are the participants doing? Who’s doing what?

 When? The time reference: when does the action take place? Is past/present/future time being referred to?

What makes a good context?

1. Is it interesting in itself?

Is it memorable and vivid?

2. Does it relate to situations in which learners will actually have (or need) to use the item/s being taught?

3. Does the language sound natural?

Are typical responses included where appropriate?

4. Is the language of the surrounding context easy and more familiar than the new item?

If not, what’s likely to happen during elicitation?

5. Is the same form illustrated in each of your examples of the item in context? It’s easy to mix up examples of related but different forms – e.g. slipping from simple to continuous forms of verbs.

6. Is the same function maintained consistently? It’s easy to mix up examples of different functions of the same form e.g. Can I..? is a request for permission while Can you..? is a polite order, although the two sentences are formally related.

7. Is the meaning unambiguous in the context?

8. Is the context generative? That is to say, is it possible to come up with several examples of the same form and function in the same context?

Remember to show meaning rather than explain it!

When you have decided what you are going to teach (usually the Syllabus/Course book does this for you) consider the following:

2. MEANING Which? (e.g. Present Simple has more than one functional use)

The inductive approach involves contextualisation of the target language (the item to be introduced) so that meaning and use become clear from that context.